Benedict Timothy Carlton Cumberbatch was born 19 July 1976. He is an English actor. A graduate of the Victoria University of Manchester, he continued his training at the London Academy
of Music and Dramatic Art, obtaining a Master
of Arts in Classical Acting.

He first performed at the Open Air Theatre, Regent's Park in Shakespearean productions
and made his West End debut in Richard Eyre's revival of Hedda Gabler in 2005. Since then, he has starred
in the Royal National Theatre productions After the Dance (2010) and Frankenstein (2011). In 2015,
he played the title role in Hamlet at the Barbican Theatre.
Cumberbatch's television work includes appearances in Silent Witness (2002) and Fortysomething (2003) before playing Stephen Hawking in the television film Hawking in 2004. He has starred as Sherlock Holmes
in the series Sherlock since 2010. He has also headlined Tom Stoppard's adaptation of Parade's End, The Hollow Crown: The Wars of the Roses and Patrick Melrose. In film, Cumberbatch has starred in Amazing Grace (2006) as William Pitt the Younger, Star Trek Into Darkness (2013) as Khan, 12 Years a Slave (2013) as William Prince Ford, The Fifth Estate (2013) as Julian Assange, and The Imitation Game (2014) as Alan Turing.

In 2014 Time magazine included him in its annual list of the 100 most influential people in the world, and
in 2015 he was appointed a CBE in the 2015 Birthday Honours for services to the performing arts and to charity.
Introduction

Created by Steven Moffat and Mark Gatiss, it stars Benedict Cumberbatch as Sherlock Holmes and Martin Freeman as Doctor John Watson. 13 episodes have been produced, with four three-part series airing from 2010 to 2017, and a special episode that aired on 1 January 2016.

Sherlock is produced by the British network BBC, along with Hartswood Films, with Moffat, Gatiss, Sue Vertue and Rebecca Eaton serving as executive producers.
All of the series have been released on DVD and Blu-ray, alongside tie-in editions of selected original Conan Doyle stories and an original soundtrack composed by David Arnold and Michael Price. In January 2014, the show launched its official mobile app called Sherlock: The Network.Good design is obvious.
Great design is transparent.
Sherlock is a British crime television series based on Sir Arthur Conan Doyle's Sherlock Holmes detective stories.

Moffat and Vertue became interested in casting Cumberbatch as the title character after watching his performance in the 2007 film Atonement.

The actor was cast after reading the script for the creative team. "Cumberbatch", says The Guardian,
"has a reputation for playing odd, brilliant men very well,
and his Holmes is cold, techie, slightly Aspergerish".

Cumberbatch said, "There's a great charge you get from playing him, because of the volume of words in your head and the speed of thought—you really have to make your connections incredibly fast. He is one step ahead of the audience and of anyone around him with normal intellect. They can't quite fathom where his leaps are taking him."

Piers Wenger, head of drama at BBC Cymru Wales, described the series' rendering of Sherlock as
"a dynamic superhero in a modern world, an arrogant, genius sleuth driven by a desire to prove himself cleverer than the perpetrator and the police—everyone in fact". Addressing changing social attitudes and broadcasting regulations, Cumberbatch's Holmes replaced the pipe with multiple nicotine patches.
The writers believed that Sherlock should not talk like
"a completely modern person", says Moffat, but were initially intent that "he never sounded like he's giving
a lecture". Moffat turned the character "more Victorian" in the second series, capitalising more on Cumberbatch's "beautiful voice" to make it sound like "he's giving a lecture". 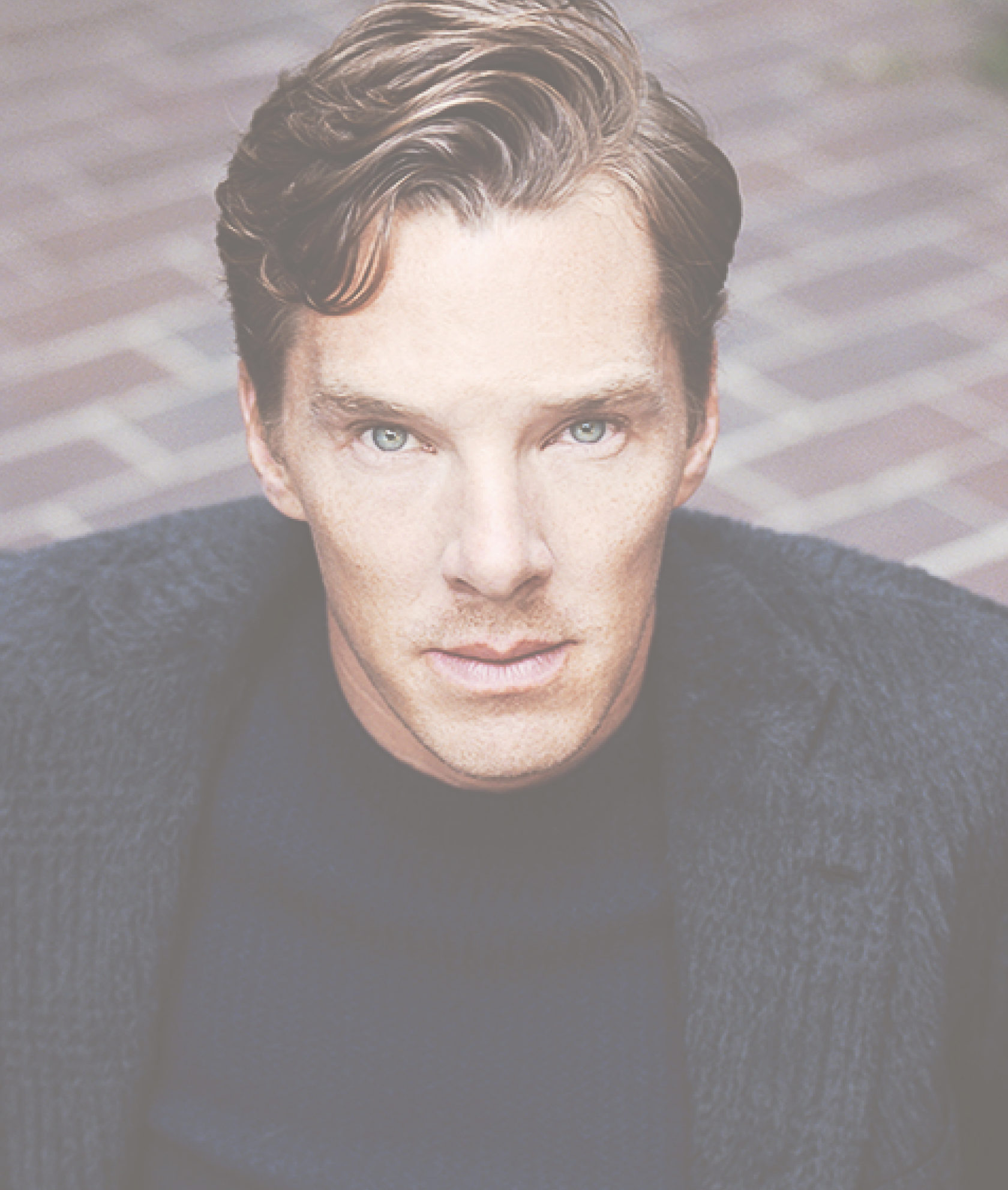 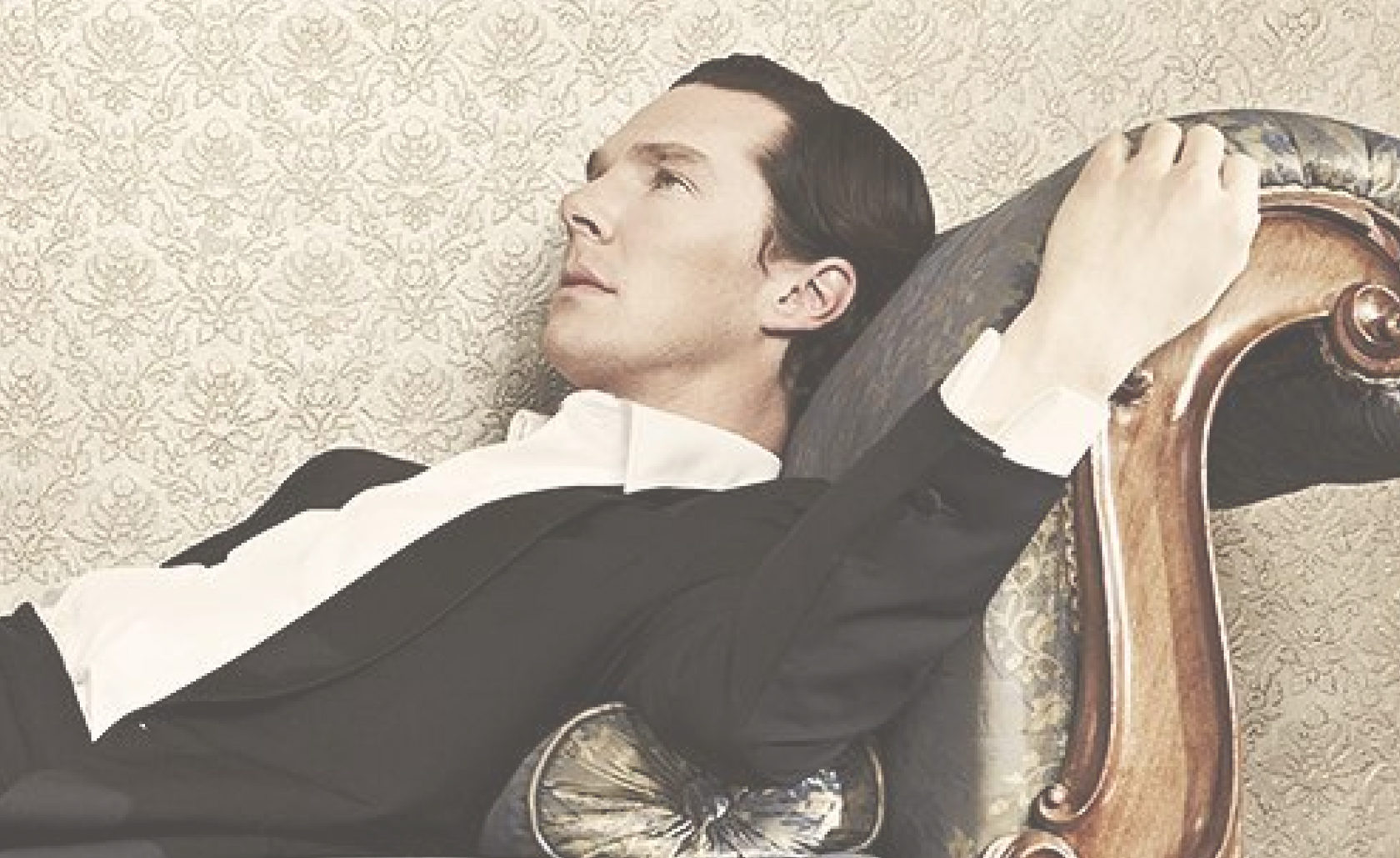 In April 2014, Cumberbatch was regarded as a British cultural icon,
with young adults from abroad naming him among a group of people
that they most associated with UK culture.